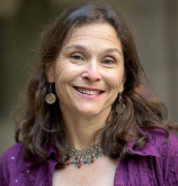 This academic year, Esther Schor, a professor of English, is team-teaching the yearlong course “Interdisciplinary Approaches to Western Culture,” also known as the Humanities Sequence. For the past five years, she has been conversing with Esperantists (in Esperanto) around the world to research her new book, “Bridge of Words: Esperanto and the Dream of a Universal Language” (Metropolitan Books/Henry Holt, 2016). The book is a full history of the constructed language — from its linguistic mechanics to its core ideals that have survived into the digital age.