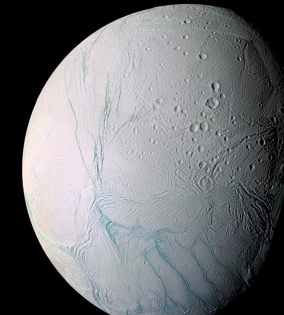 The persistence of the massive, explosive fissures on the surface of Saturn’s sixth-largest moon, Enceladus have remained a mystery for 11 years. Researchers from Princeton University and the University of Chicago show, however, that the fissures could be kept active by the sloshing of water in the vast ocean that scientists suppose is beneath the moon’s thick ice shell. The findings could help provide a clear objective for future satellite missions to Enceladus, which scientists suspect could host life.